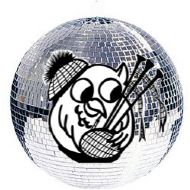 In the late 1970s Studio 54 on New York's West 54th Street won accolades for its innovative play list and mixing style and along with Saturday Night Fever brought Disco into the main stream.

Ever popular back then was our Studio 54 Inspired Roadshow and our biggest problem back then was finding venues large enough to accomodate our tribute... however  WE ARE BACK..... new for 2010 the ultimate coroprate event we will lovingly recreate the atmosphere & hutspua of 54

We have spent over 6 months recreating and updating in style the playlist.. the result an 8 hour play list mixed with care and flair.. this is no  nightclub for the feignt hearted  massive lightshow featuring lazers helicopters pinspots and new effects superb 18kw sound system...all feature in the  package and its expandable too... ever fancied strutting your stuff on a illuminated Saturday Night Fever dance floor like the Odyssey 2001 club in New York, well we can supply that as well